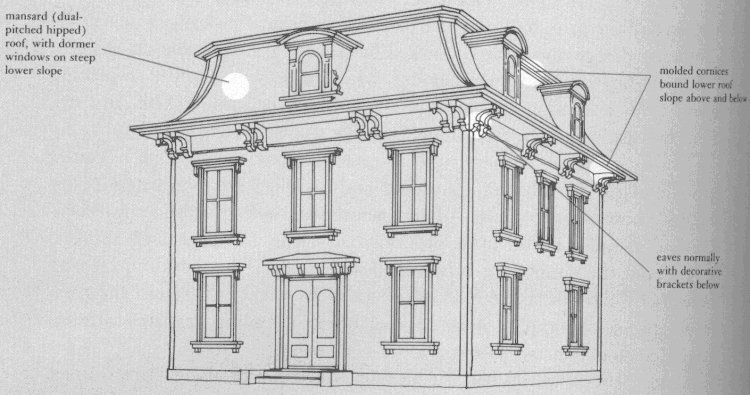 This architectural style did not spring from a Romantic past like the Greek, Gothic, and Italian did.  Rather it followed the current French fashion of the time, and took its name from their Second Empire, that of Napoleon III.  The primary identifying feature was the Mansard roof, a double pitched hipped roof.  The upper slope was so low pitched it could not be seen from the ground.  The lower slope was quite steep and usually contained dormer windows.  This allowed the roomy and lighted attic area to be converted to living quarters.  Decorative brackets were located in the eaves.

There are a handful of Second Empire homes in the Port Huron area.  Three are located in the Olde Town Historic District at 1304, 1305, and 1317 7th Street.  Two lie in the Riverview historic neighborhood.