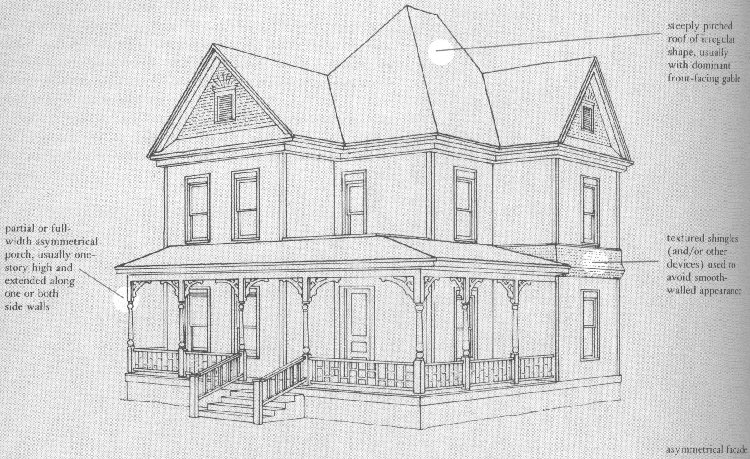 This popular architectural style was introduced and named by the English architect Richard Shaw.  The origin had nothing to do with a queen, but was a further evolution of the previous medieval influenced styles.  It represented the full exuberance of the Victorian age, before the reaction of subsequent minimalist styles.  The basic building shape was usually asymmetrical.  The roofline was steeply pitched, often with a dominant front gable as well as side gables.  Patterned shingles, cutaway bay windows, and other methods were used to decorate or break up flat walls.  The front entrance was usually off center.  Porches were full frontal or wraparound.  The two major subsets of this style showed in the porch detailing, either Free Classic (classical columns) or Spindlework (turned porch posts).  Some homes had towers.

There are many Queen Ann homes in the Port Huron area.  Two examples in the Olde Town Historic District include 1229 7th Street (the Victorian Inn) and 816 Court Street.