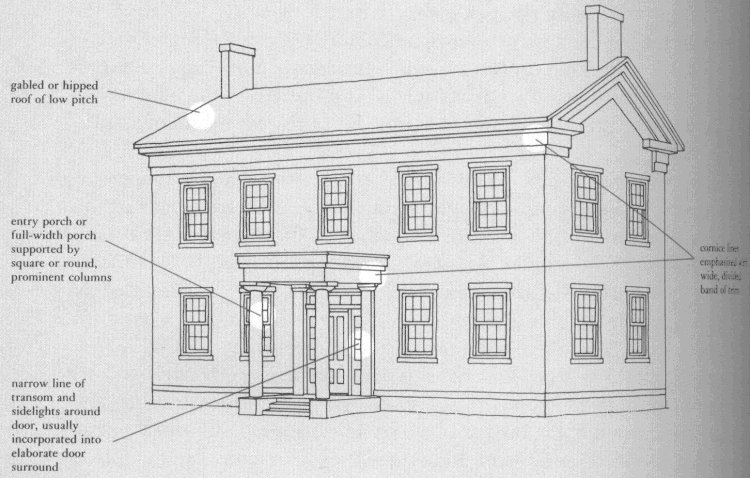 This early architectural style found its roots in classical Greece, whose democratic ideals were eagerly embraced by the young American nation.  The basic building structure was symmetrical, with a rectangular floor plan and evenly spaced windows.  The gabled roofline was low pitched.  A primary feature was the cornice line under the roofline eave, which emphasized a very wide band of trim similar to Greek buildings.  Porches were supported by Doric columns.

This is one of the oldest architectural styles in Port Huron, so only a handful of examples survive in the area.  The house at 524 Union Street is the only Greek Revival home in the Olde Town Historic District.