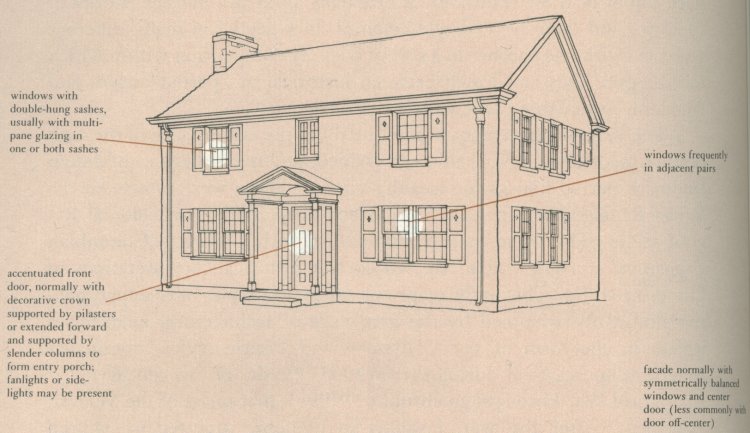 This architectural style looks to early colonial homes along the eastern coast for inspiration.  The general structure is symmetrical, with a centered door and evenly spaced windows.  Porches tend to be focused around the main doorway.  A number of homes include a one story sunroom on one side

The Colonial Revival style is quite common in the Port Huron area.  Examples in the Olde Town Historic District include 739 Wall Street and 1021 7th Street (Dutch gambrel roof), and 1013 7th Street (Adams substyle).